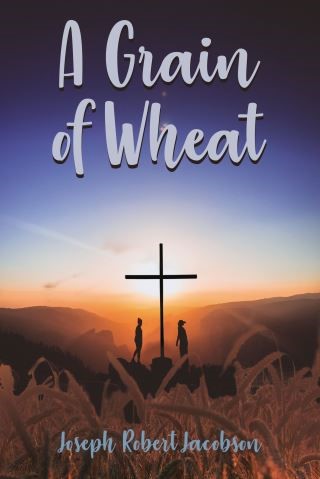 A Grain of Wheat

A Novel in Three Books with Prologue and Epilogue

This is the story of how a brilliant but disillusioned man moves from a self-absorbed childhood and adolescence to a dramatic awakening to a life of love and duty that draws him out of himself and plunges him into the world of pure science as his way of serving God and neighbour. The reader journeys with him every step of the way, experiencing with him his two great personal loves, his apparent triumphs, his devastating losses, his shocking moments of confrontation with bitter truth, and his final victory. In the course of this great adventure, the false assumptions on which so much of modern Western society is based crumble out from under him, and out of his disillusionment and despair emerges for him the one Glory which does not crumble away. Set in the American Middle-West in the first half of the Twentieth Century, this novel probes many of the issues that we face today and puts them in the context of God’s unfolding plan for humanity.

Joseph Robert Jacobson was born and raised in a Lutheran parsonage in Wisconsin in the 1940’s and 1950’s. He graduated from St. Olaf College in 1962 and ordained as a Lutheran pastor in 1965. He and his wife, Carolyn, served Lutheran parishes in Alberta, Canada, from 1965-1985 when he was elected the first Bishop of the Alberta Synod of the Evangelical Lutheran Church in Canada. In 1994 they retired to their small farm in Central Alberta. They have 2 grown children and 9 grandchildren.